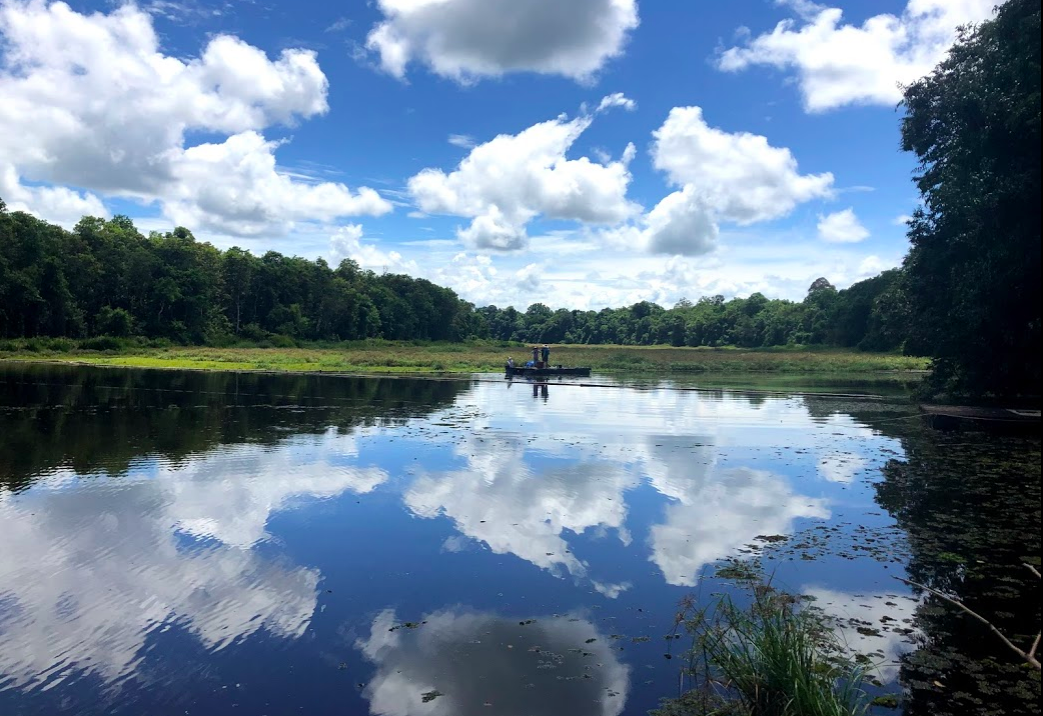 Giant salvinia (Salvinia molesta), an invasive water weed, has infested Tungog Lake, located at the Kopel rainforest ecocamp in Malaysian Borneo. This aquatic fern is listed in the top 100 most invasive species on the planet. If you ever have the chance to visit Tungog Lake (hint: you should!), you’ll understand why. Physically, giant salvinia creates a thick layer on the surface of bodies of water, which blocks sunlight and depletes oxygen from the lake and suffocates aquatic life. Besides its direct effects on fish, giant salvinia indirectly effects the Buffy Fish Owl, Oriental Darter, Kingfisher, Smooth Otter, and local fishermen who rely on the abundance of fish species in and around Tungog Lake.

In 2000, giant salvinia was introduced to Tungog Lake and eventually covered 90% of the lake surface. A much needed flood event occurred in 2006 and washed out almost all of the giant salvinia from Tungog Lake into the nearby Kinabatangan River – a welcome sight for the local community. For years to come Tungog Lake was thriving with the help of volunteers who came to help remove this aquatic weed. Everyone was excited about the prospect of a salvinia-free lake. But in 2013, army road blocks prevented tourists and volunteers from entering the Kopel community, which resulted in rapid growth of giant salvinia in Tungog Lake. To combat the re-emergence of salvinia, Kopel introduced a biocontrol agent, the salvinia weevil to manage and hopefully reduce the amount of giant salvinia growth present on the lake. Weevils can control giant salvinia when larvae feed on the inside of stems and adults feed on the buds. Double the trouble for salvinia ferns!

The weevils were released into a giant salvinia infested portion of Tungog Lake in October 2018, leaving Kopel to wait and see how many tons of giant salvinia the weevil can clear. Generally, it takes 1 to 3 years to observe the weevil’s control of an infestation. This year, our USF TRE Borneo class decided to investigate the weevil density in a 1 meter squared patch of Salvinia water. We are hoping this information will be useful to calculate the rate of weevil infestation on the lake and to see if there has been any successful biocontrol since the release. Stay tuned!