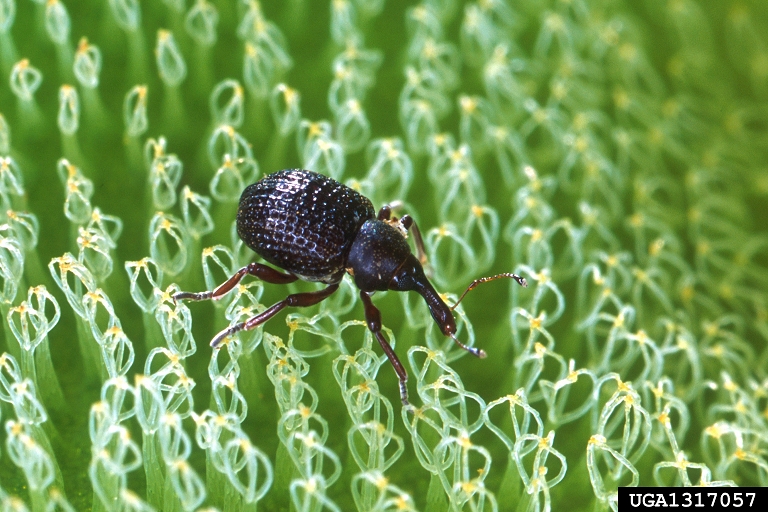 Salvinia molesta is a fast growing, invasive, aquatic fern that is native to south-eastern Brazil. Instead of attaching to the soil, it free floats and remains buoyant on the body of water that it inhabits. Salvinia molesta thrives in slow-moving waters that can be found in lakes, ponds, and ditches. The fern is dangerous to aquatic ecosystems because by covering the top of the lake, it blocks oxygen exchange and prevents sunlight from penetrating the surface. It grows best at a pH of 6-7.7 in water temperatures that range from 20-30 degrees C. 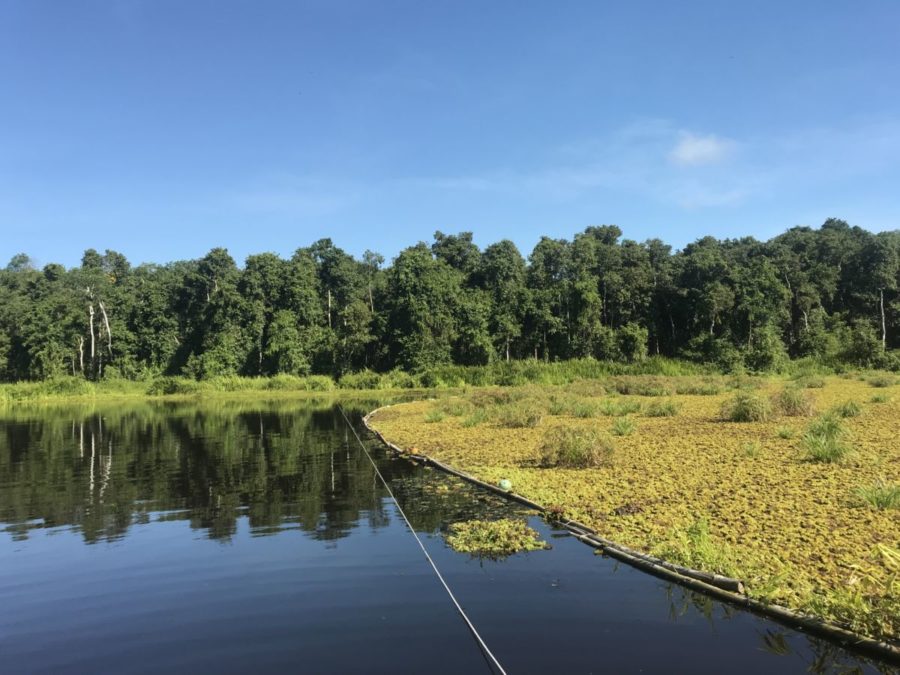 In 2001, Batu Puteh community members began to notice the presence of Salvinia molesta in one of their oxbow lakes, Tungog lake. The fern can be spread via biological agents and is commonly found in home aquariums. By 2003, Tungog Lake was completely covered in Salvinia. Recognizing that the Salvinia was affecting the lake ecosystem and species such as the Buffy Owl, Oriental Darter and river Otter, members of KOPEL began to use a “box” method with PVC pipe to contain the fern. Unfortunately, the PVC could not withstand the heat so staff began manually removing the fern. Manual removal was very challenging because of the size of the lake and safety concerns like crocodiles! By March 2007, almost all of the Salvinia was cleared using a water “bulldozer” but some remained lingering on the perimeter of the lake. From 2007-2013, the lake was back to normal and Salvinia free. In August of 2013, the area was considered a war zone, therefore there was no money flowing into KOPEL. Sadly, the lake was not maintained and by May 2014, 40% of the lake was infested with Salvinia once again. The fern has continued to reproduce and is now 90% covered.

KOPEL’s 3 methods for potentially controlling the Salvinia include mechanical, chemical, and bio-control. The most promising method looks like biological control-releasing a small weevil, Cyrtobagous salviniae, small organisms that feed on the bud and rhizome of the fern. Currently, KOPEL is waiting for permission from the Department of Agriculture under the Forest Consulate in order to introduce a new species into the forest reserve. The aquatic team’s goal was to roughly estimate how much Salvinia biomass is on Tungog lake as well as set up a water quality and Salvinia monitoring plan that KOPEL staff could follow once we depart. We accomplished our goal and hope that the weevil will be released in the future to control Salvinia!