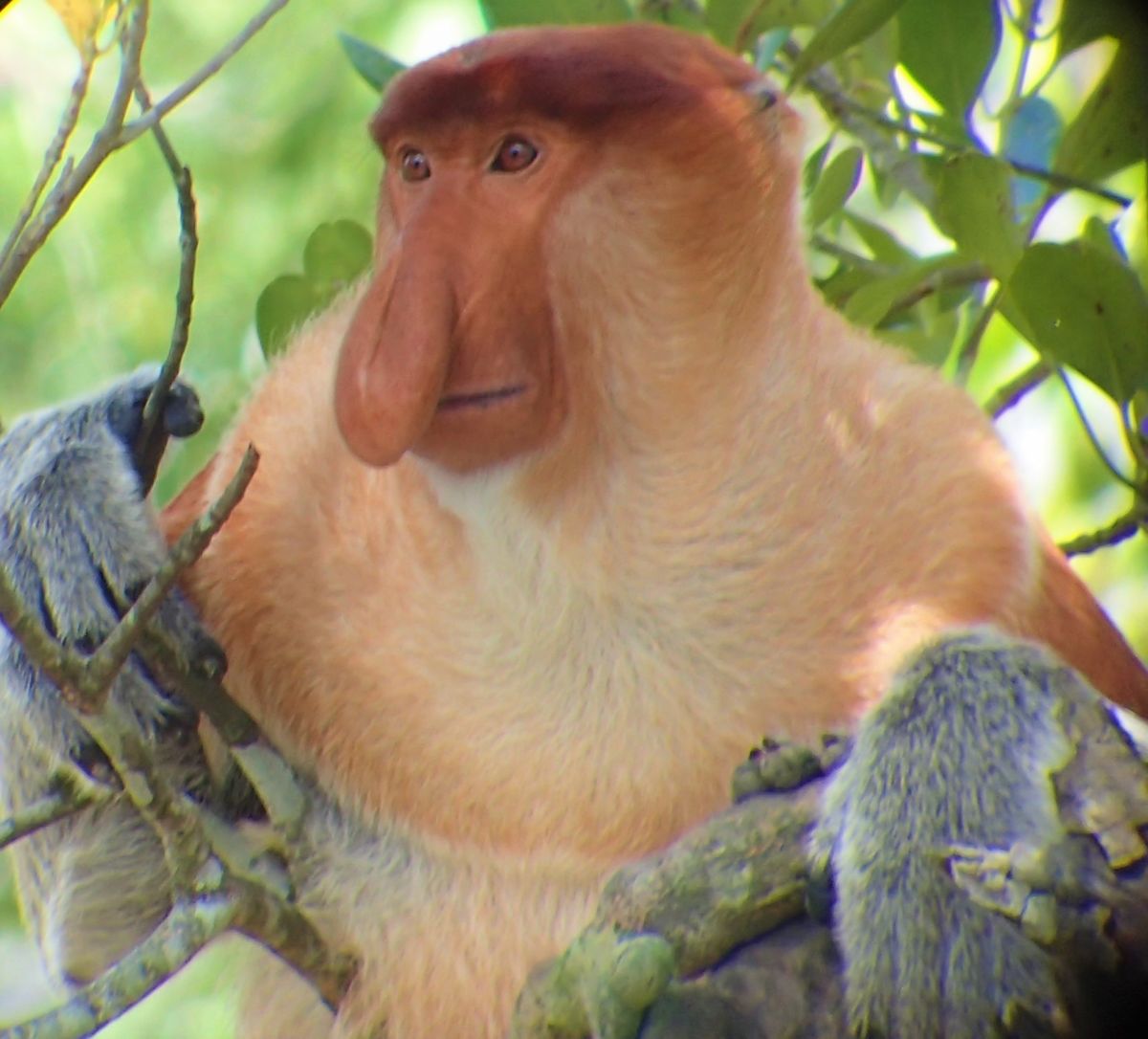 On Saturday, June 8th Gretchen, Heather, and I visited the Labuk Bay Proboscis Monkey Sanctuary in Sepilok, Sabah. Gretchen had given us ample warning that the way the monkeys are treated at the so called “sanctuary” would break many American animal rights laws and ethical guidelines. It was important that we understood the good, the bad, and the ugly of eco-tourism in order to support centers that exemplified exceptional animal treatment and care. The Labuk Bay Proboscis Monkey Sanctuary was, without a doubt, the ugly.

When we first arrived we entered the boardwalk to Platform B. The walk on the boardwalk gifted us with a gorgeous array of mangrove plants and animals; trees with roots that mirrored mountain ranges, crabs with claws larger than their entire bodies, and of course, the endemic Proboscis Monkey. The boardwalk ultimately opened up into a wooden deck that was bordered by platforms raised 10 feet above the ground. There were no monkeys to be seen, and very few visitors; just us and 2 other groups. Gretchen whipped out her spotting scope while Heather fiddled with her Nikon. A staff member appeared and tossed some food on top of each of the platforms.

The first sign of mistreatment I noticed was their diet. The center fed the monkeys white bread and fruits. White bread is a complex carbohydrate, and of course, not part of the natural diet of the proboscis monkey. The bread ferments in their stomach and causes gastric distress. Additionally, many of the fruits given to monkeys are extremely high in sugars which lay outside their natural diet as well. This is extremely troubling not only because an unnatural diet can affect the monkeys’ health, but also because the staff are fully aware of the natural diet of these monkeys. After viewing many proboscis monkeys eat, we watched a film in which the narrator detailed a diet of mostly leaves and few fruits, which was drastically different than the meals the monkeys were being served just outside the door.

When we arrived at Platform A, we were all shocked, mouths agape at what we were witnessing: large proboscis monkeys just 3 feet away from unafraid visitors. Visitors were dangerously close to monkeys with large canines lined with bacteria, who aren’t afraid to use them if threatened. Gretchen informed the staff that the visitors were dangerously close to the monkeys and the staff responded to her that it was okay and safe for the people, completely misunderstanding that Gretchen was concerned about the monkeys much more than the visitors. We then heard a baby monkey squeal in agony and sprint to her mother in fear. A visitor had stepped on a baby long tailed macaque.

It is extremely important to acknowledge that this was no monkey sanctuary, but simply a revenue stream for a Chinese oil palm corporation who had already deforested hundreds of square kilometers of the Proboscis monkeys’ rare mangrove habitat.

“If our ethical code makes a purely arbitrary distinction between humans and all other species, then we have a code based on naked selfishness devoid of any higher principle.”
― Jared Diamond