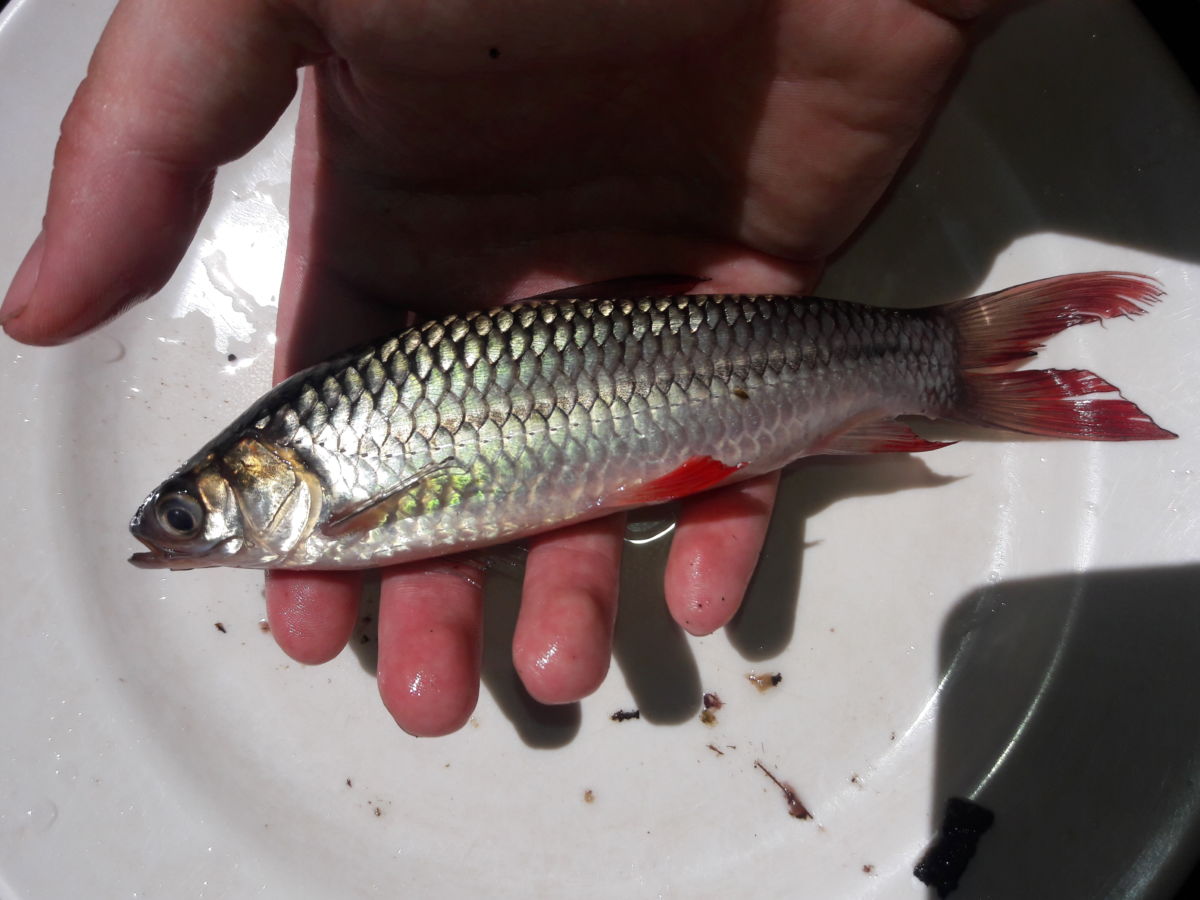 Tungog Lake, a 15 minute boat ride from the dock at Batu Puteh on the Kinabatangan River, presented the 2018 TRE class with a plethora of obstacles. Tungog Lake is one of the 20 oxbow lakes on the Kinabatangan river and like many of the lakes in Borneo suffers from an infestation of an invasive aquatic floating weed, Salvinia molesta. Salvinia currently covers approximately 90% of the surface with staff and volunteers constantly battling to keep it from smothering the last open portion. Despite the infestation, many species of animals call the lake home including 4-meter crocodiles, buffy fish owls, oriental darters, kingfishers, proboscis monkeys, and many species of fish. TRE 2018’s lake team took to the water to collect more data about the struggling lake.

The picturesque setting of the calm blue sky and the vibrant flourishing green of the jungle foliage reflected on the water seemed inviting, yet Tungog’s challenges started almost immediately when trying to set a transect line through the Salvinia. The Salvinia can grow up to one meter deep and with many other plants growing on top of this thick mat, getting the motorboat into the Salvinia was unsuccessful. We tried several other creative methods. Using a tree climbing slingshot to run a transect similarly to setting up a tree climbing line proved to be unsuccessful. Trying to paddle across the top of the mat of weeds in the repaired and rechristened kayak “Croc bait” also ended up being a fruitless endeavor. As Joseph Conrad puts it, “The woods were unmoved, like a mask—heavy, like the closed door of a prison – they looked with their air of hidden knowledge, of patient expectation, of unapproachable silence.”

The Lake Team decided to test water quality parameters and conduct fish sampling along two transects, one in the open water section of the lake and one transect as close to the Salvinia as possible. Every morning and evening water quality tests for nitrogen, pH, DO, temperature, and plankton tows were done to understand the daily temporal change in relation to the Salvinia’s daily wild growth. Fish sampling using three capture methods were also done daily every morning and evening. Using a skim net that is simply tossed into the water and bait thrown on top, we quickly pulled up and caught numerous Rasbora sarawakensis or Rarapit in Sukang.  A casting net after much practice was the most effective tool in catching many species and lots of Salvinia. A traditional trap was used but was not very effective. Species caught included Leptobarbus sp., Labiobarbus sabana, Rasbora sp. and Kryptopterus sp. Species observed included Trichopodus sp., Monopterus sp., and Channa sp.

Our results showed a lake ready to recover given the removal of the foreign invader. A diversity of fish in different tropic levels and different strata of the unburdened section of the lake is a great indicator that the lake still has impressive ecological function. The presence of crocodiles and other fish eating predators at high tropic levels proves that even in just a small section of lake tropical ecosystem productivity is immense. Extremely low nitrate and low DO levels in the lake were found and expected due to the great effect the Salvinia has on Tungog. Tungog’s situation troubles the locals and tourists visiting KOPEL, however the data reflects the hopeful attitude of those trying to restore the lake back to its untouched condition.

“And outside, the silent wilderness surrounding this cleared speck on the earth struck me as something great and invincible, like evil or truth, waiting patiently for the passing away of this fantastic invasion.”- Joseph Conrad, Heart of Darkness